Because Thai peppers are a must for many traditional Asian recipes, they are readily available dried and jarred in many supermarkets. But what if they’re out? Or what if you want something fresh? Where can you turn? What other chilies work as a Thai chili pepper substitute both in flavor and in heat so that your eating experience as as close to recipe as possible? Let’s review your best alternatives to keep your dish spicy and flavorful. 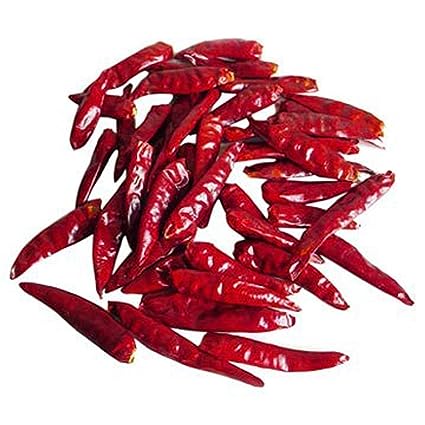 While you may not be able to find fresh Thai peppers in a pinch, you can buy dried Thai chilies to keep around for when the need arises. As they're dried, they keep well and still provide plenty of spiciness.

No, the cayenne pepper is not as hot. It ranges from 30,000 to 50,000 on the Scoville scale, which makes it at least half the heat of a Thai pepper. But what the cayenne offers is a similar enough taste and a whole lot of flexibility. While it has a decent medium-heat punch, the cayenne’s overall flavor is rather subdued.

Beyond the heat, it – like the Thai chili – doesn’t compete with the other flavors in a dish. And it’s widely available in so many forms, from cayenne pepper powder and red pepper flakes to dried chilies, and sometimes even fresh in local markets. That flexibility gives you a lot of control and a near 100% chance of finding cayenne in some variety when you need it. In fact, your spice rack might already have a bottle of cayenne powder in it.

We are dipping a lot farther down the pepper scale to get to your best fresh option. Serrano peppers also provide a medium-kick, but they are at typically half the heat of even the cayenne (10,000 to 23,000 Scoville heat units). At their hottest, they’d still be four times milder than the hottest Thai chili you’d experience.

But the serrano pepper is one of the hottest chilies with a milder flavor that you’ll find fresh in many mainstream supermarkets. Yes, some grocers now carry the very hot habanero pepper, but habaneros are fruitier and more tropical in taste, making them much harder to pair with your standard Asian cuisine.

The serrano, on the other hand, has a jalapeño-like brightness with a lot more bite. It’s crisp and slightly grassy, so it makes a good everyday pepper across many cuisine styles. If your recipe calls for fresh Thai chilies, reaching for the serrano is likely the best alternative available to you.

This ties into cayenne recommendation above, but it deserves its own call-out. Crushed red pepper is typically made with cayenne pepper, so the heat is not quite to the level of Thai peppers. But it’s likely sitting there right on your spice rack. If your recipe can work with CRP, it’s a viable alternative when in a pinch.

Any insight into which Thai pepper is the best substitute for the jalapeno – given that we cannot get jalapenos to grow in Thailand? Thx!