Jamaican jerk sauce is not for the timid, that’s for sure. No sauce that starts with a half dozen Scotch bonnet peppers is one to take lightly. But that’s of course why we love it so much. It’s spicy, but also deliciously spiced – with the likes of allspice, nutmeg, and cinnamon in the mix. It’s a delicious marinade for chicken, beef, and pork.

If you can’t get your hands on Scotch bonnets, choose habanero peppers instead. They’re a close cousin that brings the same heat, just not quite the tropical fruitiness. 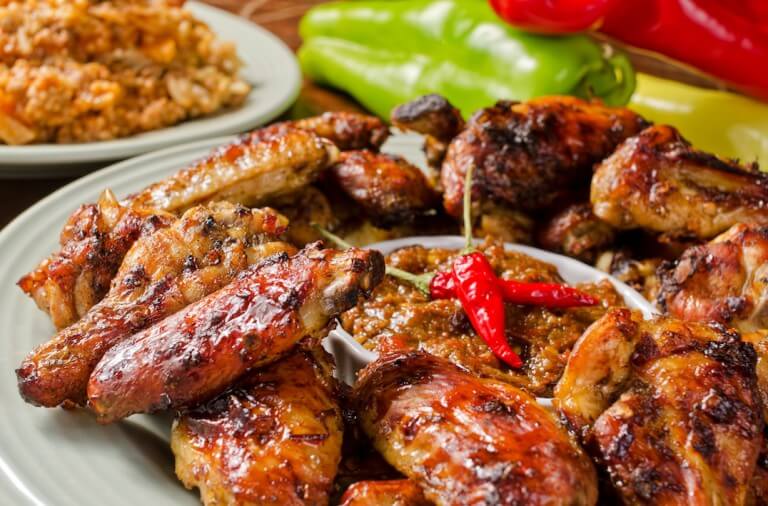 No Scotch bonnet peppers available? Opt for habaneros instead. They have the same high heat with slightly less fruitiness.

See more of our spicy sauces…

UPDATE NOTICE: This post was updated on January 20, 2021 to include new content. It was originally published on November 22, 2015.