Guajillo and ancho peppers are two dried Mexican chilies that are typically reconstituted in water or ground to powder when used in Mexican or Tex-Mex cuisine. Despite many similarities, guajillos and anchos have quite a few different properties. Which pepper is hotter? How easy is it to find them in stores? Is one more popular than the other? Let’s compare these two chilies head-to-head.

Which is hotter, the guajillo or the ancho?

The guajillo pepper is hotter than even the hottest anchos despite being relatively mild. Ancho chilies range from 1,000 to 1,500 on the Scoville scale, placing them in the mild range of hot peppers. Guajillo peppers pack a low-medium heat (2,500 to 5,000 SHU) comparable to all but the hottest jalapeño peppers (2,500 to 8,000 SHU).

The difference may look like a lot by the numbers, but in reality, the actual spiciness experienced is relatively close. Both would be considered family-friendly in terms of heat. They pack nowhere near the spiciness of other popular dried chilies like chile de arbol (15,000 to 30,000 SHU) and cayenne pepper (30,000 to 50,000 SHU).

Which is more popular (by search volume)?

That said, the ancho is still believed to be the most popular dried chili used in Mexican cooking. This search volume just shows how much the guajillo is trending in name recognition and use.

Both of these chilies are popular ingredients for authentic Mexican mole sauces. They, along with the pasilla, make up what many call the Holy Trinity of Mexican mole chilies. So there are some similarities to the flavors; both have earthy, sweet, and smoky qualities. But the guajillo takes things a step further — it’s one of the most nuanced chilies on the Scoville scale.

Guajillos have a complex sweetness that some people liken to the taste of cranberries. They are a touch tangy, with a tea-like crispness to their earthy-sweet flavor. This complex flavor makes the guajillo a favorite among foodies.

Guajillo chilis are longer than anchos. Most guajillo chilis measure between three and five inches long and one and two inches wide. The dark red skin of a guajillo is usually slightly wrinkled.

Anchos are usually wider than guajillos, given the poblano is a broad-shouldered chili much like bell pepper. Anchos typically measure three to four inches long and two to three inches wide. Ancho skins are a much darker red than guajillos — almost black sometimes — and are heavily creased.

The mirasol peppers that are dried to make guajillo chilies come from the same part of Mexico as the poblanos used to make anchos: the Mexican state of Puebla. The Aztecs and the Olmecs before them cultivated peppers for hundreds of years before the arrival of Europeans.

These days, mirasol chilies are also cultivated in other states like Aguascalientes and San Luis Potosi.

Which is easier to find?

Both guajillo and ancho peppers can be found in larger North American grocery stores. Any store with a Mexican section may have both, but if they only have one, that one will most likely be the ancho.

Not only is the ancho the most commonly used dried chili in Mexican cuisine, but its mildness makes it appealing to people who cannot tolerate spicy foods. Outside of North America, both peppers are relatively exotic, so you should only expect to see them in upscale stores that carry more exotic ingredients. 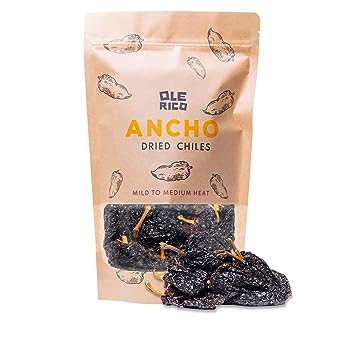 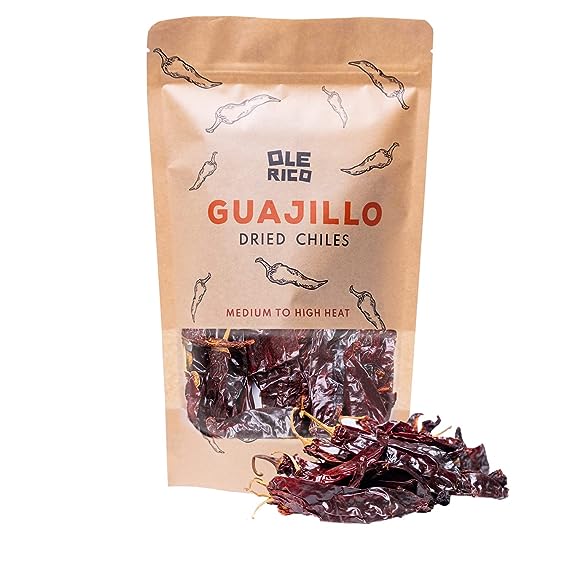 The most popular forms of guajillo chili available commercially are the whole and powdered pepper used for seasoning Mexican food. You can find guajillo in commercially packaged mole sauces. And they are also used more and more often in craft hot sauces because of their unique flavor. Outside of this, they aren’t used in as many products as other common dried chilies.

As to the ancho, they are more common in commercial products. As mentioned, whole dried anchos and ancho powder are easy to find in stores and online. Anchos are also a common ingredient in commercially packaged mole sauces and are often used in mild hot sauces and salsas.

Anchos are also used in another major commercial product: chili powder. Chili powder is the blend of seasonings used to make the Tex-Mex dish chili, short for chili con carne. Anchos are the traditional pepper — usually the only one — used in the blend.