What are chipotle peppers?

Chipotle peppers are smoked, dried jalapeño peppers, and as such they share the same medium-level heat as jalapeños (2,500 to 8,000 Scoville heat units.) It’s a popular chili pepper variety in both Mexico and North America, and growing fast in favor across the globe because of its smoky, earthy flavor. If you like spicy foods and love the smoky tang of barbecue, Mexican food, and Tex-Mex cuisine, then the chipotle pepper should be a staple in your kitchen. And that’s easy, as products made from it are pretty easy to source. In fact, chipotle powder has become a mainstay on well-stocked spice racks, right next to the cayenne pepper.

Jalapeño peppers are allowed to mature on the vine from green to their ripe red hue, losing their moisture and increasing their heat in the process. They are then picked for smoking.

Making chipotle is much like how you’d smoke dried meats, The ripe jalapeño chilies are placed for days in an enclosed smoking chamber. They are flipped multiple times during the smoking process, allowing the smoke to penetrate the skin of the jalapeño. For an easy example to imagine, think of the drying like a grape to a raisin (prolonged heat), and then just add smoke. Lots and lots of smoke.

In terms of volume, you probably guessed that in the drying process, the weight of these chilies drop. So if you’re looking to experiment with making chipotle peppers yourself, know that you’ll need about ten pounds of jalapeños to equal one pound of chipotle pepper.

How spicy are chipotle peppers?

On the Scoville scale, chipotle peppers are the same overall range as jalapeños: 2,500 to 8,000 Scoville heat units. But expect the heat to be in the higher level of that Scoville heat range. Chipotle are made from ripe red jalapeños, so the capsaicin in them is at its peak as they remained longer on the vine prior to picking. Capsaicin is what gives chilies their heat, so expect a higher overall median heat from chipotle compared to unripened fresh green jalapeños.

Compared to an ancho – another popular dried pepper made from fresh poblanos, the chipotle is a significant step up. Anchos range from 1,000 to 1,500 SHU, so they are at least three times milder, if not more.

When compared to other chilies on the Scoville scale, the chipotle, though, is only moderately spicy. It has a more eatable level of heat than the cayenne pepper (30,000 to 50,000 SHU) that it often sits next to on the spice rack. And compared to higher-heat habanero (100,000 to 350,000 SHU) and ghost peppers (approximately 800,000 to one million SHU), the chipotle pepper falls well below in overall spiciness.

For more differences between the chipotle and other chilies, take a look at some of our chipotle-focused PepperScale Showdowns below:

Are there different types of chipotle peppers?

There are. What you usually see in the North American market derives from moritas chilies. These are chipotles made in Chihuahua in Mexico, and they can be recognized from the dark purplish hue. In the southern areas of Mexico, there’s another version (called chile meco) which is gray in color. You typically don’t see this variety make its way north as often.

If you love smoky flavor, then this chili will become a mainstay in your kitchen. Chipotle peppers have a smoky, earthy flavor due to the smoking process. There is also an underlying sweetness to it that comes from the extra time the jalapeños had on the vine. Red jalapeños are sweeter than unripened green jalapeños which tend towards a brighter, grassier flavor). See our PepperScale Showdown on green and red jalapeños for more on this.

You’ll often find these chilies packaged as chipotle in adobo sauce. Here, you’ll still get the smoky flavor, but the spiced tomato sauce becomes a prevalent flavor as well.

These are jalapeño peppers, so they share a similar length. Chipotle peppers tend to be two to three inches long. And, as they are dried, they are flattened and wrinkled compared to the smooth, pod-like shape of the jalapeño.

If you’re heading to a supermarket soon, check the spices area. Your supermarket may not carry the whole dried chilies, but they likely carry chipotle powder. You can also find it in our Spicery. If you’re looking for a milder option, take a look at pasilla peppers or ancho. For more alternatives, check out our chipotle substitutes post.

How can you use chipotle?

Chipotle peppers are really very versatile. It’s just as good added to BBQ (perfect for smoky BBQ sauces), Tex-Mex, and Mexican dishes as it is on snacks like popcorn. Give it a shot – sprinkle some chipotle powder with a dash of oil over your favorite popcorn and shake well. You can also add chipotle to eggs for a smokier take on breakfast. It makes for an excellent huevos rancheros seasoning.

You can also grind the whole peppers down to chili flakes and use them instead of traditional crushed red pepper. It’s a slightly milder heat with that delicious smoky flavor.

Enjoy! Some of our favorite chipotle pepper recipes…

Here are five of our favorites, but we have many more in our spicy recipe index.

Honey chipotle wings: Pairing sweet and smoky is always a favorite. These wings are terrific for group gatherings.

Chipotle chocolate chip cookies: Chocolate and chipotle, as we said, are a natural pairing. These are delicious!

Chipotle maple syrup: This is a quick twist to the everyday. It adds a little smoky heat to breakfast.

Where can you buy chipotle peppers?

Whole chipotle chilies may be hard to source at your local supermarket, but that’s not the case for the powder and chipotle in adobo sauce. Both are very common in stores and can easily be purchased online, too. You can also find many hot sauces featuring this smoky pepper, both in-store and online. Tabasco makes a very popular version of its hot sauce featuring chipotle that’s widely distributed. 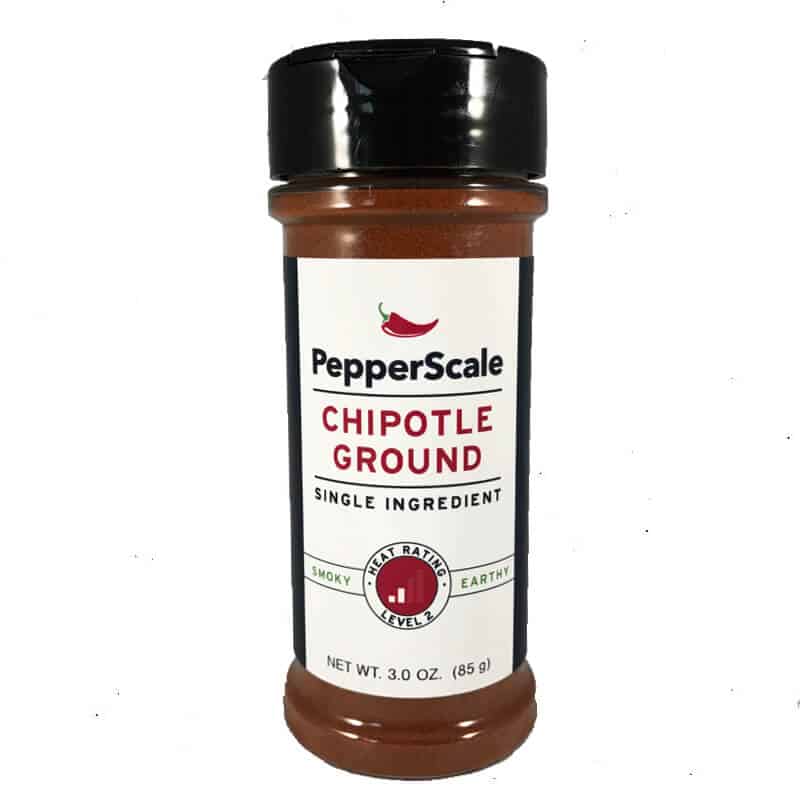 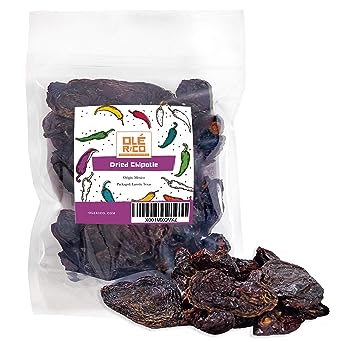 Take the quiz
UPDATE NOTICE: This post was updated on October 12, 2021 to include new content. It was originally published on October 14, 2013.