What are Anaheim peppers?

The Anaheim pepper is one of those peppers that’s big enough to be very versatile in its usage. It’s just as delicious chopped for salads as it is used for stuffed pepper recipes. Plus, its milder heat (500 to 2,500 Scoville heat units) and light fruity sweetness makes it a family favorite. Nearly everyone can take the small punch given by the Anaheim pepper, at its mildest providing a simmering warmth and at its highest the heat of a milder jalapeño.

How hot are Anaheim peppers?

The Anaheim is normally a mild hot chili, only tipping the Scoville scale at around 500 to 2,500 Scoville heat units. Comparing that to our jalapeño reference point: Anaheims range from equal heat to 15 times milder than a jalapeño. It’s typically inline with the heat of poblano peppers (1,000 to 1,500 SHU), but can he as mild as banana peppers at its lowest (0 to 500 SHU.)

That range on the Scoville scale makes the Anaheim a bit of a guess on what you’ll get heat-wise. One pepper may just be a light simmering warmth and another will feel like solid medium heat. Anaheim peppers can really vary in heat based on where they were grown. For instance, a California Anaheim is typically much milder than those grown in New Mexico. Those New Mexico varieties can actually spike in heat and become just as hot (and rarely even hotter) than a jalapeño.

Overall, though, this is a spiciness that most everyone can handle. If you’re comfortable with jalapeños, you’ll be fine with the spiciness of Anaheim chilies.

Where does this chili get its name?

From the obvious source: Anaheim, California. A farmer, Emilio Ortega, brought these peppers to the California region in the early 20th century. Yes, that’s the Ortega behind the famous Mexican food brand of the same name that’s brought lots of tacos, salsas, peppers, and beans to families across the United States.

Anaheim chilies originally came from the New Mexico area, though, and because of the many regions in which it is grown, it has many different names. That’s pretty much the case for most hot peppers. You’ll also see Anaheim peppers called New Mexico peppers, Magdalena, California chili, and in dried form it takes the name chile seco del norte. When they ripen to a red color, their name changes once again. These are often known as California red chilies or chili Colorado.

These chilies certainly have a presence: Anaheims grow up to five inches long, with a curved body. They age on the vine (like most chilies) from green to red, and they are enjoyed in the kitchen (like the jalapeño) in both their young green state as well as their mature red color.

Anaheims have a peppery flavor, with a light sweetness to them. There’s a hint of fruitiness here that especially comes out as these chilies age from green to red. Like jalapeños (and many other chilies) they tend to get sweeter the longer they are on the vine, taking on their mature red hue along the way.

This is one of the best things about this chili: you can do a lot with it. It’s very versatile and family-friendly, even for people who typically don’t like spicy foods. It has only a slight pop and a mild fruity sweetness that people enjoy.

How versatile? For pretty much anything calling for bell pepper, you can swap it out and use Anaheim peppers instead. If you want your dish to have just a little more oomph to it, this is an excellent way to go. Simply chop them up and use as you would a bell, either raw or cooked.

Stuffed Anaheim peppers are a big treat. They are like poblano peppers in that way, and Anaheim peppers are often used instead of the poblano in the popular dish chiles rellenos. The shapes of the two chilies are quite different, though. While poblanos look more like bell peppers, Anaheim chilies are thinner and longer. They have a decidedly more hot pepper-like appearance, so the cavity for stuffing is not quite the same as you would get from bells or poblanos.

These are also excellent salsa chilies. If you want a pepper for a mild fresh salsa, then opting for the Anaheim is the way to go.

These recipes will get you started with exploring this chili pepper — all easy to make, yet they take full advantage of the pepper’s natural flavor.

The poblano chili will be your best overall substitute, as it has comparable heat (1,000 to 1,500 Scoville heat units.) Its flavor is earthier and less sweet than Anaheims, so keep that in consideration during the subbing. Of course, you could opt to simply use a sweet bell instead, too, but that’s giving up spiciness altogether. For more options, see our post on good Anaheim pepper substitutes.

You can certainly grow these chilies in your home garden or even in containers. If opting for containers, consider a slightly larger pot (2 to 3 gallons) as these chilies are larger than many other options and need space to grow. For more specifics, read our Anaheim pepper planting guide.

Where can you buy Anaheim peppers?

Because they are so mild and popular, these chilies pop up in all sorts of supermarket chains. You can buy dried Anaheim peppers online as well, including the plants, seeds, powders, and salsas. 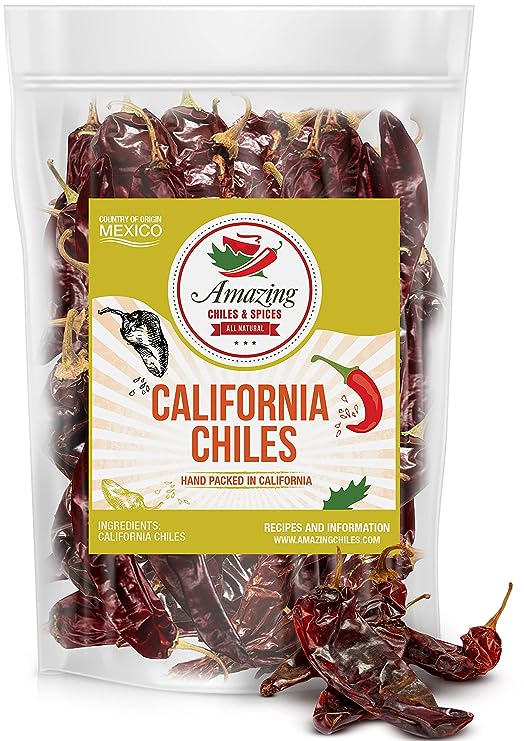 Dried Anaheims are a perfect way to keep this chili's mild heat and sweet flavor at the ready, no matter the time of year. The drying also adds some earthiness to the flavor profile, too. 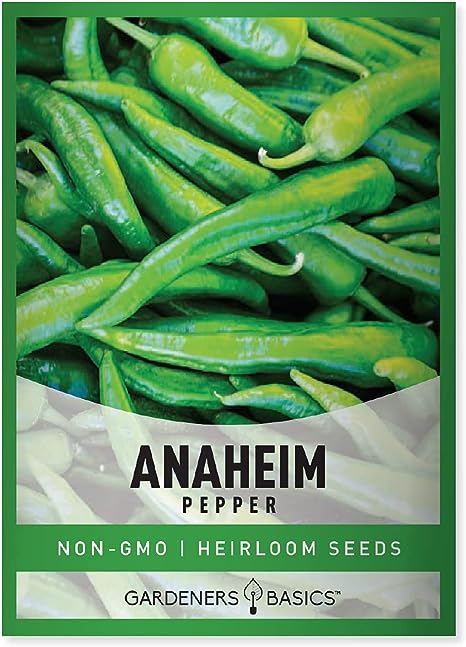 For those with a green thumb, growing these chilies at home is certainly possible. Just keep in mind the size of this pepper if considering container gardening. 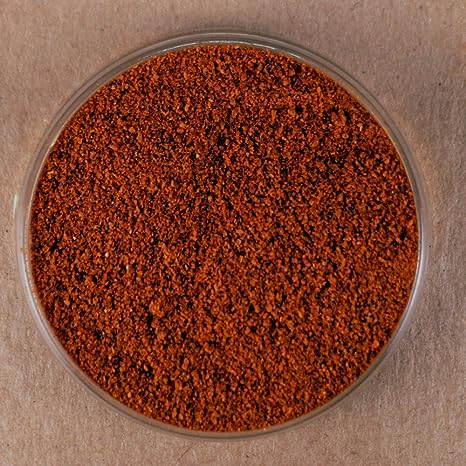 Anaheim is typically ground when red, which gives this chili powder both a sweetness and a light earthiness to its flavor. The heat remains as expected as there are no additive ingredients, 1,000 to 1,500 Scoville heat units.

It shouldn’t be a surprise why the Anaheim pepper is so very popular. It’s easy to eat, tasty, and extremely versatile. If heat is not your thing but you find yourself getting bored of the bell pepper, try moving up to the Anaheim. You may find that the bit of heat is a welcome change.

Why rash/hives allergy to bell peppers (all colors) but not anaheim peppers?

Thank you for all the great info. I have 2 Anaheim peppers planted in a hydroponic Dutch Bucket system. I picked 1 five inch pepper off of one plant and from the 2nd plant I picked another 5 inch and a 4 inch pepper. I made Chile rellanos out if all 3 and the smaller Chile was significantly hotter than the larger. Wondering big size has anyo to do with heat? I live in Hawaii and it is May.

Info helpful will incorporate the Anaheim chile more in my cooking